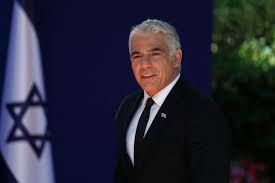 Israeli Foreign Minister Yair Lapid said that while the Zionist entity hopes to normalize ties with Saudi Arabia and Indonesia, no deals are imminent.

In remarks published by Israeli media on Wednesday, the Israeli FM said Tel Aviv is looking to “expand the Abraham Accords to additional countries,” referring to the US-brokered agreements that saw the Zionist entity normalizing ties with the UAE, Bahrain, Sudan and Morocco.

“If you’re asking me what the important countries that we’re looking at are, Indonesia is one of them, Saudi Arabia of course, but these things take time,” Lapid told Israeli Army Radio.

Lapid added that “smaller countries” he did not identify, could normalize relations with the Israeli occupation regime in the coming two years.

His comments followed a report by Israeli Army Radio earlier this month that a delegation of Indonesian officials recently made a visit to the Zionist entity to discuss coronavirus strategies.

The Indonesian health officials met with Israeli officials in an effort “to learn how to deal with the coronavirus pandemic,” the report said.

The report did not specify when the visit took place, saying it was in “recent weeks.”

That reported visit came after US Secretary of State Antony Blinken reportedly raised the idea of the country joining the so-called Abraham Accords during a visit to the Indonesian capital Jakarta last month.

The report, by the Walla and Axios news websites, cited Israeli officials familiar with the discussions, who assessed that no imminent breakthrough was likely.