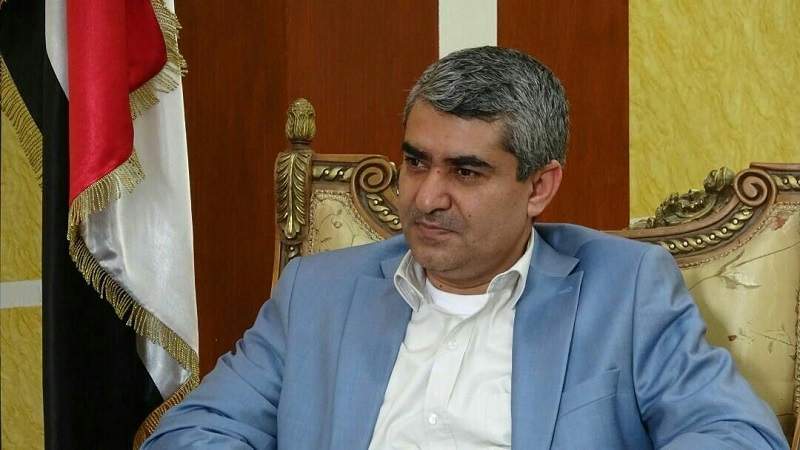 Tawoos Calls On The UN Representative To Assume their Responsibilities towards the Continued Escalation, Crimes , Economic Blockade

The Secretary-General of the Supreme Council for the Management and Coordination of Humanitarian Affairs, Abdul Mohsen Tawoos, said that the aggression opened this new year with the heinous crime of pre-trial prison, and we reject and condemn such crimes.

Tawoos’ statements came during the visit of the United Nations Resident Representative in Yemen, David Girsley, today, Thursday, to the crime scene of the forces of aggression against the inmates of the reserve prison in Saada.

Tawoos added: “This prison was visited by organizations,  by OCHA and the Red Cross, and the last visit was on December 28, adding that  everyone knows that this is a prison for civil cases.”

Tawoos explained that hospitals are now full of wounded in light of the decline in health services due to the aggression and siege.

He praised the visit of the UN coordinator and his statement two days ago, adding, “We are honored to his visit  to carry out his humanitarian duty towards this heinous crime.”

“We called on the representative of the United Nations to assume their responsibilities towards the continuation of the escalation, crimes and economic blockade,” Tawoos said, stressing that the United States of America is directly behind the continued aggression and siege.

He stressed the United Nations to have a greater presence in the matter of ending the siege imposed on Yemen.

In addition, the governor of Saada, Muhammad Jaber Awad, said: “Today, with this visit, we hand over to the representative of the United Nations a list of civilian facilities on display and the need to neutralize them from targeting.”