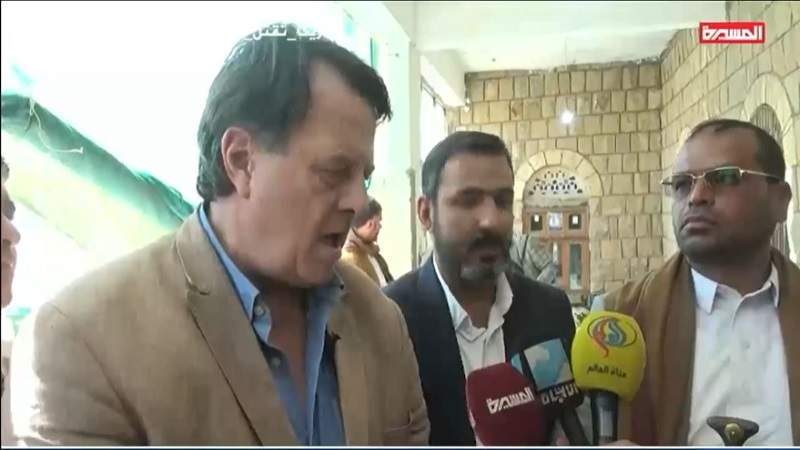 Today, Thursday, the United Nations Resident Representative in Yemen, David Girsley, visited the crime scene of the forces of aggression in the reserve prison in Saada, and  took into consideration the conditions of the wounded in the heinous crime in the hospital.

During his visit, the UN representative said that attacks against civilians are unacceptable under international law, and it is important to  put pressure on those who do so.

Giersley expressed his concern about the crime of targeting the inmates of the reserve prison in Saada, as well as the bombing that caused the interruption of Internet service.

He added, “We will work to lift the attacks that may infect many civilians, and to neutralize some positions in coordination with all parties.”

He stated that he briefed a number of Security Council members about the problem of fuel and the ban on its entry, describing the fuel crisis as the worst he had seen since he came to Yemen.