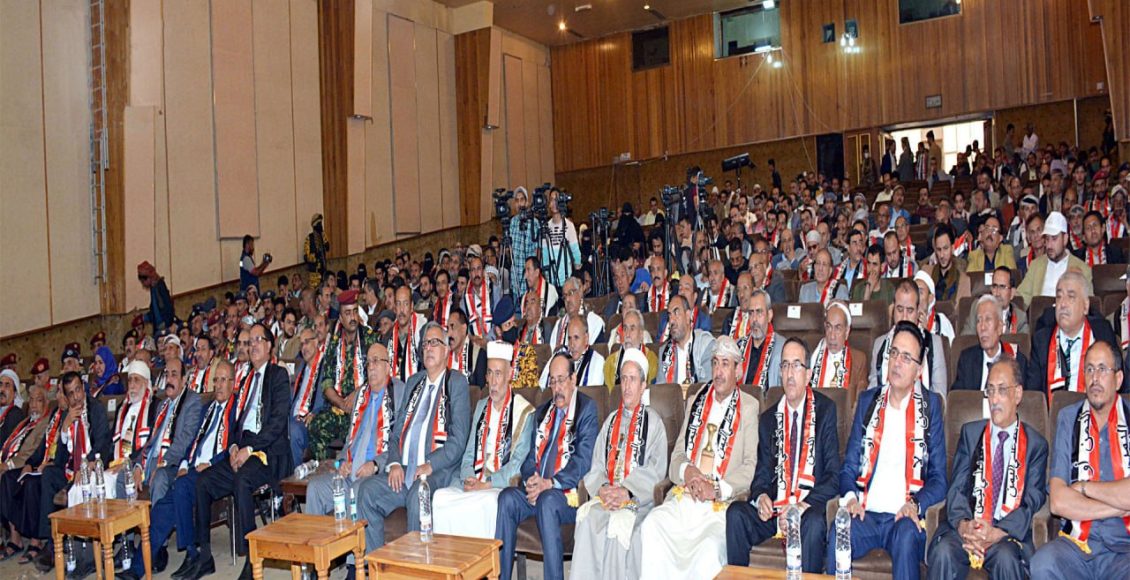 A member of the Supreme Political Council, Ahmed Ghaleb Al-Rahwi, affirmed that unity exists in the blood, veins and pulse of all the Yemeni people, pointing out that political differences and disagreements remain the last.

During his participation in the rhetorical and artistic ceremony organized today, Monday, by the National Salvation Government, on the 32nd National Day of the Republic of Yemen, May 22, a member of the Supreme Politician Al-Rahwi said: “What the occupied governorates are currently experiencing, and the repression and intimidation that is being practiced in them, is a passing moment and people return to the origin because geography cannot change it, it is always fixed.”

He added: “The unity is stable and secure, and it will not be affected because the vast majority of the people of the southern provinces tried the experimenter and were aware that his mind was ruined, but they thought that it could be restored and repaired, so they concluded that experimenting with the experimenter is futile and useless.”

He added, “On this occasion, we greet and congratulate the leader of the revolution, Sayyed. Abdul-Malik Badr al-Din al-Houthi, and the head of the Supreme Political Council, His Excellency Field Marshal Mahdi al-Mashat,all the heads of constitutional institutions, and the masses of our people and the free and honorable people of the world who stood and supported the just cause of Yemen, on this occasion.

Wahbi Brigades Commander: the Coalition of the Aggression Seeks to Reposition Takfiri Groups, and their Movements  Being Monitored