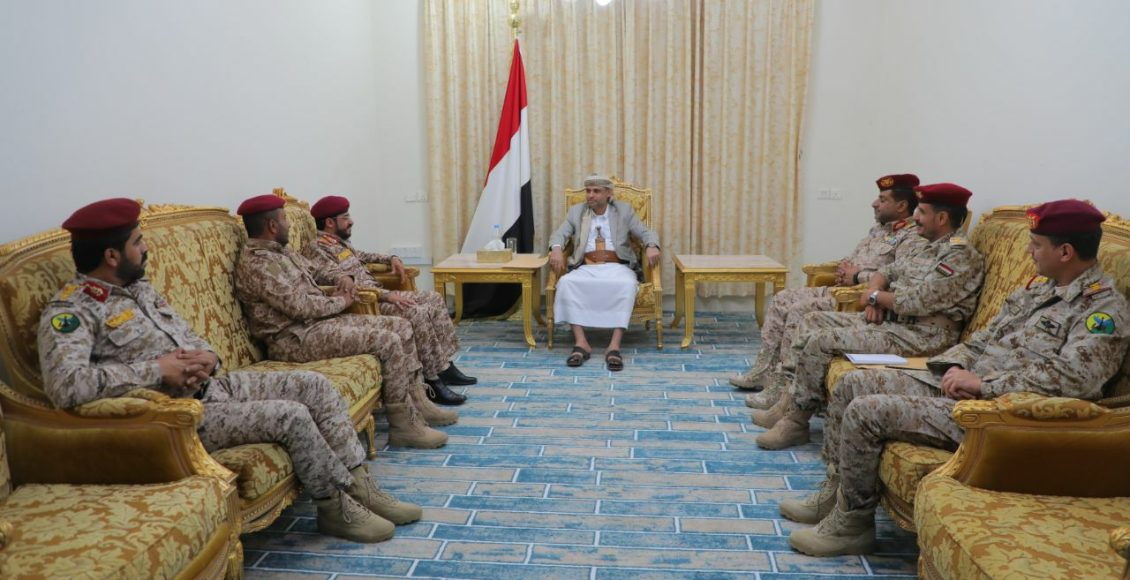 President Al-Mashat Reviews with the Military Committee Headed by Major General Al-Razami the Results of the Negotiations in the Capital, Amman

President Al-Mashat expressed his appreciation for the efforts of the Military Committee headed by Major General Yahya Al-Razami for its distinguished role and sincere keenness to alleviate the suffering of the Yemeni people and for the efforts it made to open roads in Taiz and the rest of the provinces.

President Al-Mashat stressed the keenness to alleviate the suffering of citizens in Taiz and all governorates.

President Al-Mashat said: “We are keen to alleviate the suffering of citizens in Taiz and the rest of the provinces caused by the aggression and its mercenaries.”

He pointed to the looting, kidnapping and killing of travelers, the latest of which was the killing of one of the drivers’ sons in  Tur Al Baha area in Lahj governorate. 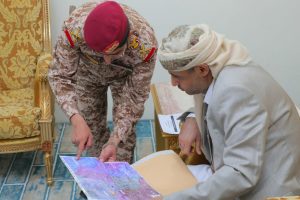 A Citizen Killed by the Snipers of the Mercenaries of the Aggression, Maris in Al-Dhala’a