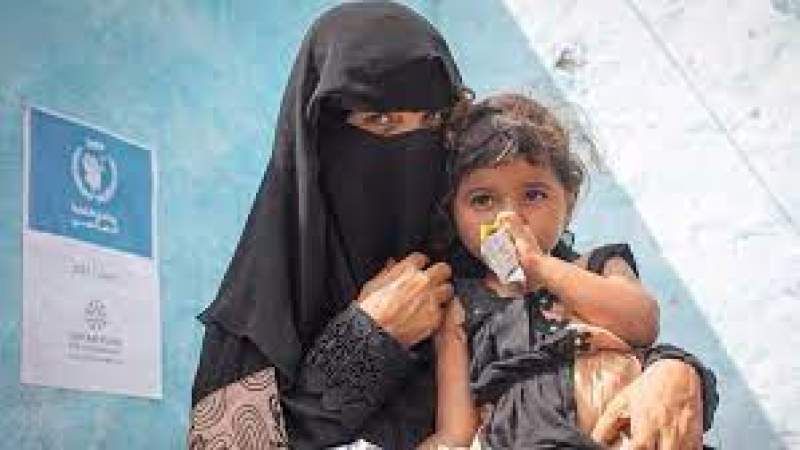 Over 400,000 of those displaced people are in Ethiopia’s Tigray region, with the remainder in Afghanistan, Yemen, Somalia and South Sudan, according to the Hunger Hotspots report released by the World Food Program (WFP) and the Food and Agriculture Organization (FAO).

The report put the urgency at the “catastrophe” (IPC5) level on the global standard for measuring food security.

Those displaced are among an “all-time high” of 49 million people in 46 countries at risk of succumbing to famine or famine-like conditions, the report said. It said a total of 276 million people are facing acute food insecurity in 81 countries, which could increase to 323 million people in 2022 due to the effects of the conflict in Ukraine.

The number of people at risk of severe starvation in Somalia has increased from 81,000 to 231,000. Nigeria is also “a context of high alert due to access restrictions in areas that are in IPC4 or ’emergency’ level food insecurity”, the report said.

“There are several worrying warnings in this report, but in terms of priorities, we have to be extremely concerned about the 750,000 people facing famine as we speak,” said WFP Deputy Director of Emergencies Brian Lander. “Having famine conditions in several countries is totally unacceptable in 2022.”

Lander said there is absolutely no reason to have people starving to death today. “There’s enough food in the world to feed everyone, and that’s why it’s critical to act now to prevent starvation.”

creeping across the globe, with the Democratic Republic of Congo, the Sahel region and Syria among the 20 hotspots highlighted in the report.

The report comes amid WFP warnings on “unprecedented needs” in 2022 as the intersection of conflict, climate change, the coronavirus pandemic and rising costs restrict access to food for millions of people.

According to the report, the conflict in Ukraine — which is also listed as a hotspot – has triggered not only a major humanitarian crisis this century but also a global spike in fuel and food prices.

“We need to address conflict because we know that conflict drives hunger and hunger drives conflict,” Lander said.

Pointing to the Southeast Asian nation of Sri Lanka as a new entry in the list of hotspots, Lander said it “shows the expansion of the food crisis to countries that up until now have been of lower concern”.

“And this is a real indicator of how bad the situation is now and how it could potentially worsen if we don’t act on time.”

Climate shocks are also contributing to the increase of acute food insecurity in places such as Benin, Cabo Verde, Guinea, Kenya and Zimbabwe, the report said. All are newcomers to the latest hotspots list, joining Angola, Mozambique, and Madagascar.