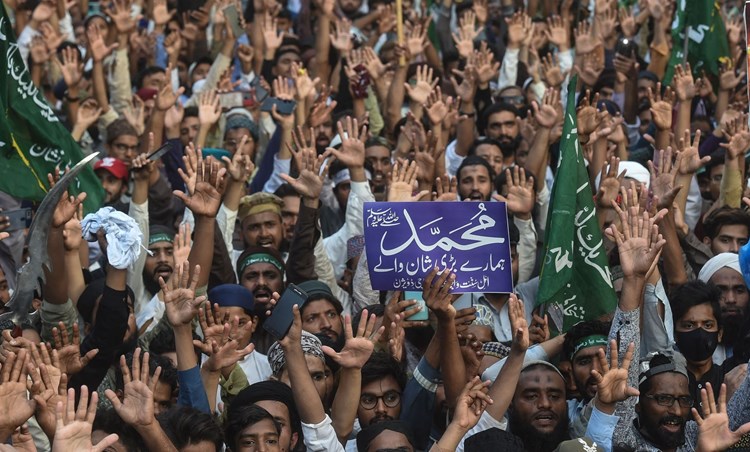 Two civilians were killed, while more than 130 were arrested by the Indian Police, after demonstrations organized by Muslims against the statements of an official in the ruling party in India, in which she made derogatory comments on the Prophet Mohammed, a policeman confirmed today, Saturday.

Anger has prevailed in the Muslim world since last week, after a spokeswoman for India’s ruling party headed by Prime Minister Narendra Modi commented on the relationship between the Prophet and his youngest wife, Aisha, during a debate on a television program.

Muslims took to the streets in huge protests, including in separate parts of India, and in neighboring countries, after Friday prayers, to denounce these statements, and the police opened fire on the crowds in the town of Ranchi in the east of the country.

A Ranchi police officer, who asked not to be named, said that “the police were forced to shoot to disperse the demonstrators, which led to some protesters being shot dead and two people killed.”

Police has killed one and injured 12 Muslim protesters in Ranchi, India. Police fired at protesting Muslims being prompted by majoritarian crowd. pic.twitter.com/YfwSTHLUiK

The police reported that the protestors violated their orders and insisted on going from the mosque to the market, and threw broken bottles and stones when the police tried to disperse them.

The authorities cut off the internet in the city and imposed a curfew.

Uttar Pradesh police fired tear gas to disperse at least one gathering after protests erupted in the northern state.

The Indian police had recently arrested an official of the country’s ruling Bharatiya Janata Party (BJP) for publishing insulting comments on the Islamic religion on social media.

The insulting statements to the Prophet were met with widespread condemnation in a number of Arab and Islamic countries, amid calls for a boycott of Indian goods.