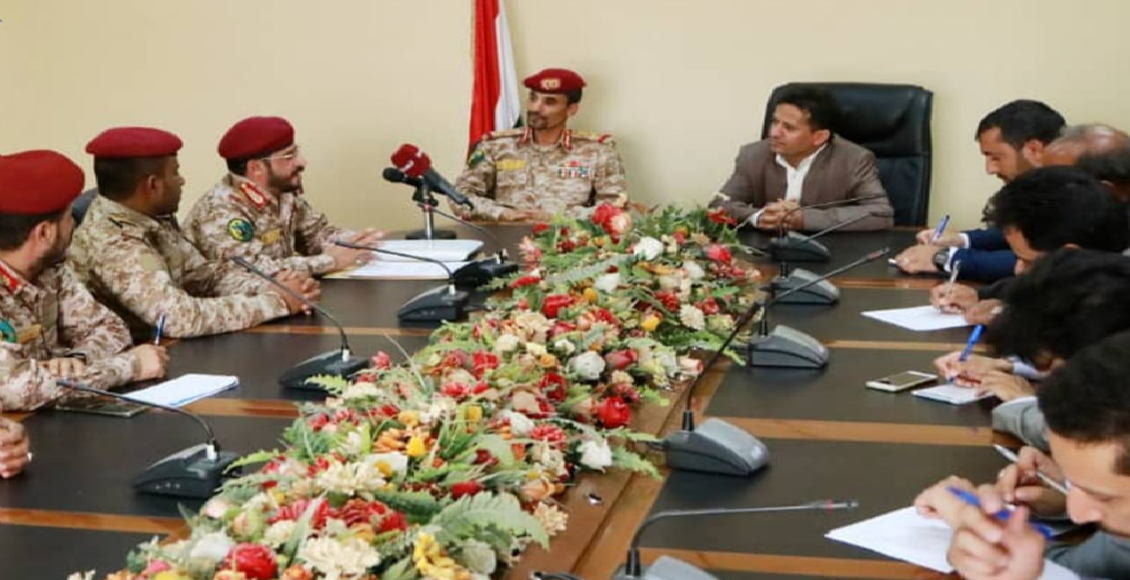 A meeting was held at the Ministry of Foreign Affairs in Sana’ a to bring together the Military Committee for the Monitoring of Violations and Opening of Roads, Officials in the foreign ministry, the Military Intelligence Authority, and the Security and Intelligence Service (SIS) to see discussions resulting from Amman’s discussions scheduled to resume next week.

At the meeting, Deputy Foreign Minister Hussein Al-Ezzi commended the initiatives announced by the Committee on open roads in the first phase of the armistice course. We value the efforts made to alleviate citizens’ suffering.

In turn, the Head of the National Military Committee Major General Yahya al-Razzami confirmed that the Committee was continuing to complete discussions on the follow-up of violations and the opening of roads. Recalling the initiatives of the United Nations’ national side.

The other party was trying to make the issue of roads the subject of political and propaganda exploitation and rejected practical initiatives that would contribute to alleviating the suffering of citizens in Taiz and the rest of the governorates.

General al-Razzami expressed the hope that the United Nations, through its representative, would contribute during the forthcoming discussions to moving towards concrete steps to address the road file in all governorates located in areas of engagement.

On his part, the Head of the Military Intelligence Authority, Major General Abdullah al-Hakim, said that the efforts of the Committee will contribute to alleviating the suffering of citizens.
The aggression coalition is responsible for the consolidation of the humanitarian situation and for not dealing positively with the Commission’s submissions.

He called for continued discussions and consideration of all options that would alleviate the people’s suffering as a result of continued aggression and blockade.

General Fawaz Nashwan, Under-Secretary of the Security and Intelligence Services, stressed the importance of joint work between the Committee and the relevant bodies with a view to overcoming the difficulties in the Committee’s tasks. Appreciating the Committee’s efforts and initiatives aimed at strengthening the situation of security, stability, and social peace.