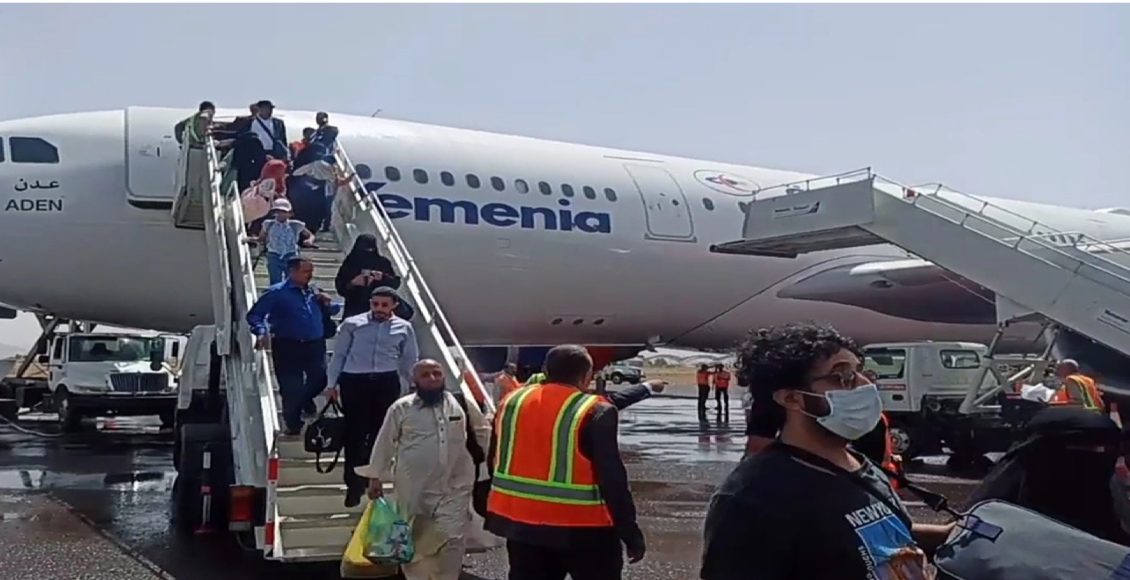 The arrivals confirmed the doubling of flights through Sana ‘a International Airport to Jordan and Cairo. They called on the United Nations to consider the Cairo trip, from which only a journey had been carried out since the humanitarian armistice was declared at the beginning of last April, which it had sponsored for nearly three months.

They commended the level of concessional and streamlined services and procedures provided to them at Sana ‘a Airport and the quality of their handling.

Qurdahi to Sana’a Radio: I salute the sacrifices and steadfastness of Yemenis in face of war

Investigation: Oil and gas revenues looted by the aggression in half a year cover…