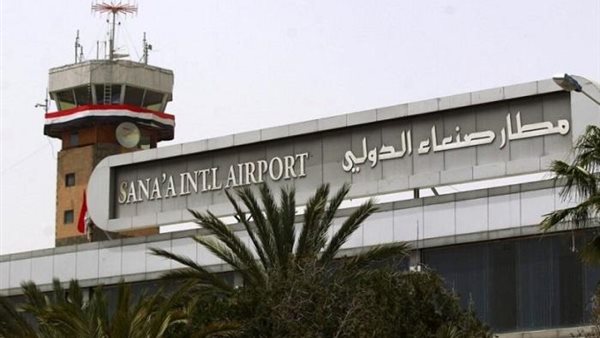 Yemen’s current UN-brokered truce has entered its final month after the extension, without achieving any progress in any of the files included in the agreement. This increases the probability of not extending it again, especially in light of the rising indications of American insistence on pushing matters towards escalation under the slogan “peace.”

The Director-General of Sana’a International Airport, Khaled Al-Shayef, said that so far, the agreed-upon flights between Sanaa and Cairo have not been operated, with the exception of one flight in early June, denouncing the international silence regarding this clear violation of the agreement.

The agreement stipulates the operation of two flights a week between Sanaa, Amman and Cairo, but the coalition of aggression allowed only a few flights between Sanaa and Amman, and only one trip to Cairo, and it still controls flights schedule according to its wishes.

In addition, the coalition of aggression continues to detain oil ships and prevent them from reaching the port of Hodeidah. It also refuses to start opening roads in Taiz and other governorates. It also refuses to implement the prisoner exchange agreement, while its forces continue their military violations on the field.

The United Nations had pledged to put an end to these obstacles and work to expand and improve the humanitarian provisions when it asked Sanaa to agree to the extension, but it returned to complicity with the coalition of aggression in evading the basic provisions, as well as moving towards a broader agreement.

The Deputy Foreign Minister of the Salvation Government confirmed, a few days ago, that these facts make any upcoming extension of the armistice unexpected.

This comes at a time when indications of escalation are increasing on the part of the United States of America, which has recently returned to the fore, as its ambassador intensified his suspicious movements in the occupied areas with the mercenaries, and he met the mercenary Al-Alimi – the head of the so-called “Leadership Council” – who disclosed during the meeting about the lack of an orientation towards peace, and he tried to blame Sanaa, as usual, to justify the insistence of the enemy and its tools to escalate.

The national leadership emphasized more than once that the aggression coalition resorted to the armistice to arrange its ranks and begin a new escalation, which the mercenary leaders have spoken about explicitly since the beginning of the truce.

It is worth mentioning that US-affiliated media recently confirmed that the United States is moving toward giving the Saudi regime more support to continue the war and siege on Yemen, and that Biden’s expected visit to the kingdom represents an escalation and completely contradicts the “peace” propaganda raised by the White House.

At the same time, the US envoy to Yemen, Tim Lenderking, returned to talk about “signs of peace”, which indicates – according to all previous experiences – that the White House seeks to mislead public opinion and cover up the escalation movements, which is also confirmed by the negative reality of the armistice.

Sana’a recently confirmed that the United States is pushing for an escalation in Yemen, noting that American movements are monitored on land and at sea, and that defense and confrontation options are open and multiple.

Major General Al-Razami regrets for the behavior of the other side, which obstructs the consultations