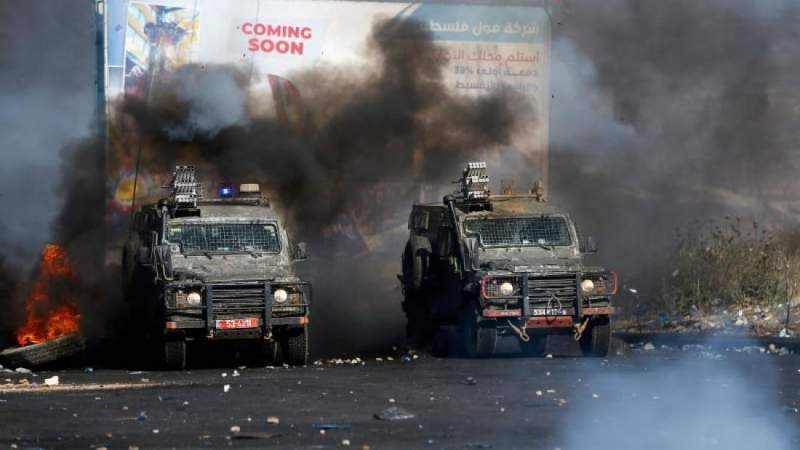 News – Middle East: At least 30 Palestinian civilians were wounded with Israeli live bullets, including four in serious condition, Tuesday, after the Zionist enemy forces stormed the city of Nablus in the occupied West Bank, besieging a house and targeting it with missiles.

Palestinian sources reported that violent clashes erupted between the enemy forces and resistance fighters in the old city of Nablus after the occupation army surrounded a house.

The sources explained that forces of the occupation army stormed the eastern quarter of the old city in Nablus, and surrounded a building in the area, firing live bullets at the youths extensively, and prevented ambulance crews from transferring the injured citizens.

The city’s Red Crescent announced that it had transferred four citizens, including a woman, from Al-Faqous neighborhood in the Old City.

Earlier on Monday, Hamas said the Palestinian resistance front will not quit fighting Israel until the occupied territories are fully liberated.

The resistance movement’s spokesman, Fawzi Barhoum, said in a press briefing on Sunday that Israel’s latest episode of brutality against the besieged Gaza Strip was criminal and provocative, adding that it was “another round of the ongoing and intense confrontation with the Israeli occupying regime.”

Barhoum said what happened in Gaza was proof that normalization with Israel poses a great danger to the Palestinian people and their legitimate rights.

Hamas has time and again censured Arab states over signing normalization agreements with Israel. The resistance movement says the regime is exploiting the deals in order to press ahead with its aggression against Syria, Lebanon, Palestine and elsewhere across the region.

Tensions have skyrocketed across the coastal sliver and the occupied territories since Friday, when Israel carried out airstrikes against Gaza City. Over 40 people, more than a dozen children included, have been killed.

Two commanders of the Islamic Jihad movement have also been killed.

Gaza’s Health Ministry says more than 300 people have been wounded.

The Islamic Jihad has responded by firing hundreds of rockets towards the occupied territories.

An Egypt-brokered truce took effect on Sunday at 11:30 p.m. local time (20:30 GMT). Islamic Jihad confirmed the timing of the ceasefire, but said it “reserves the right to respond to any Zionist aggression.”

The escalation was the worst to involve the two sides since the regime’s last war on the enclave that took place in May 2021.

The Leader:Imam Hussein Represents an Extension of Authentic Islam ,the Messenger of God