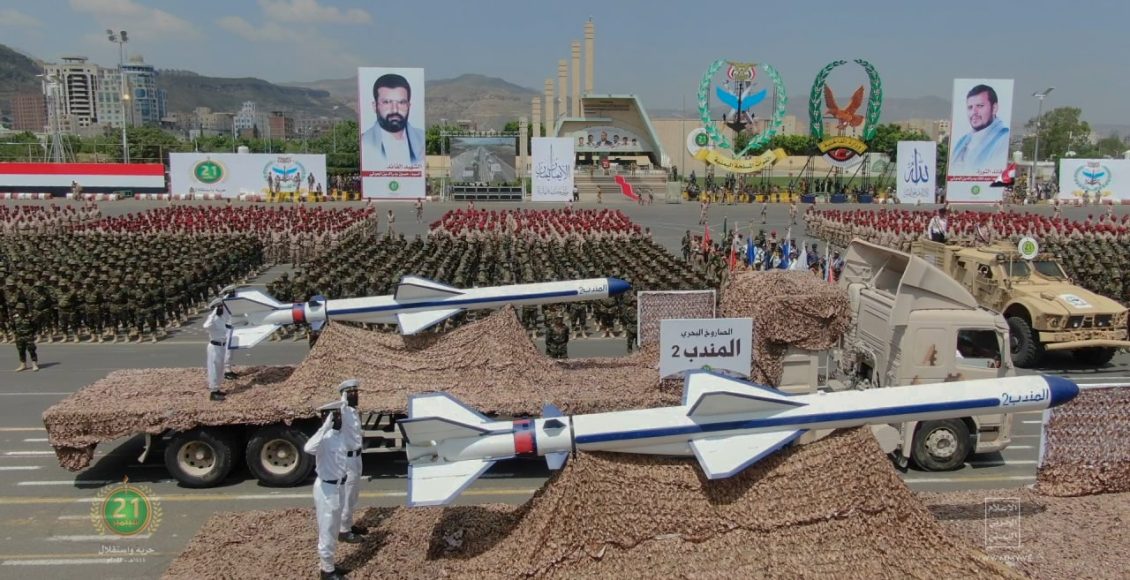 The armed forces in Yemen reveal new missiles and systems

The air defense of the Yemeni army and the popular committees also revealed “Miraj” missile, which is developed from Badr-1-P missile, and it works with solid fuel, and with two thermal and radar systems, which is not affected by interference.

The air defense unveiled  “Saqr” missile, which has a speed of up to 200 meters per second.

Three air defense missile systems were also revealed: “Sadiq,” “Haidar,” and a P-19 radar, which are detection and tracking systems for hostile targets.

With regard to drones, the Air Force revealed a kidnapper 2 aircraft, equipped with a target sensing system, and carrying out offensive tactical tasks, and used against the mechanisms and armored vehicles of the aggression, in addition to  Mersad 2 aircraft, which is a reconnaissance aircraft, which takes off vertically, and has the ability to fly for 8 hours.

President Al-Mashat calls for an end to the aggression, siege and occupation, and the speed of practical engagement in confidence-building measures

The Leader of the Revolution: The popular revolution a necessity on regard to religious, moral and national considerations