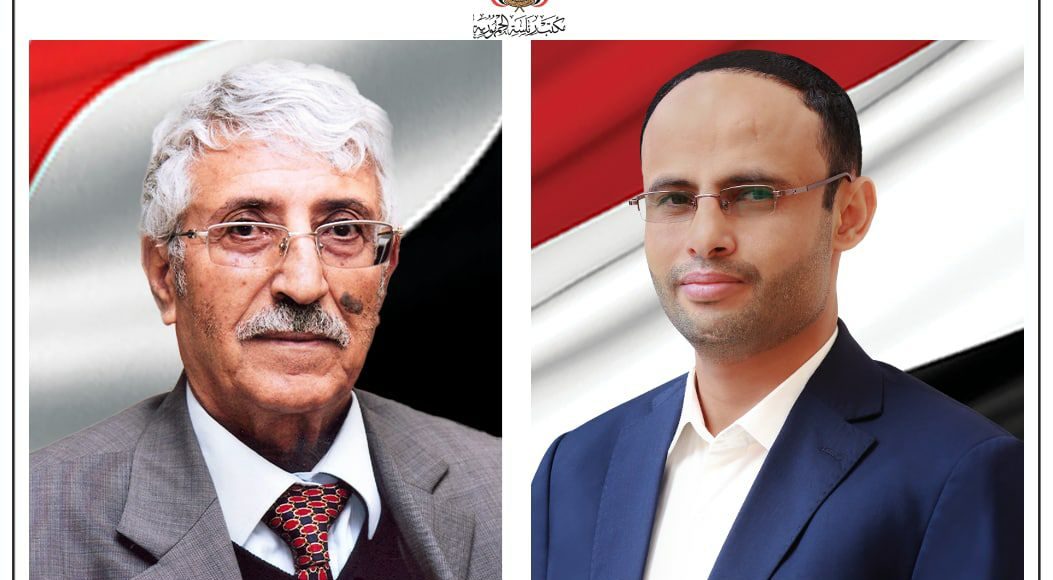 President Al-Mashat offers condolences on the death of the great poet of Yemen, Mr. Abdulaziz Al-Maqaleh

His Excellency Field Marshal Mahdi Muhammad Al-Mashat, Chairman of the Supreme Political Council, sent a telegram of condolences and sympathy on the death of the great Yemeni poet, Mr. Abdulaziz Al-Maqaleh, who died today in Sana’a at the age of 85, most of which was spent as a poet, writer and fighter.

President Al-Mashat confirmed, in a telegram of condolences he sent to the son of the deceased, Muhammad Abdulaziz Al-Maqaleh, that Yemen and the Arab nation have lost with the departure of the poet Al-Maqaleh, one of Yemen’s great poets and most important symbols.

He referred to the patriotic stances of the late Mr. Al-Maqaleh in defense of the revolution, the republic and unity, who chose to side with his homeland in the face of the US-Saudi aggression and provided a true example of commitment to the national cause

Brigadier General Yahya Saree: The media front represents an important aspect of the steadfastness fronts and confronting the aggression