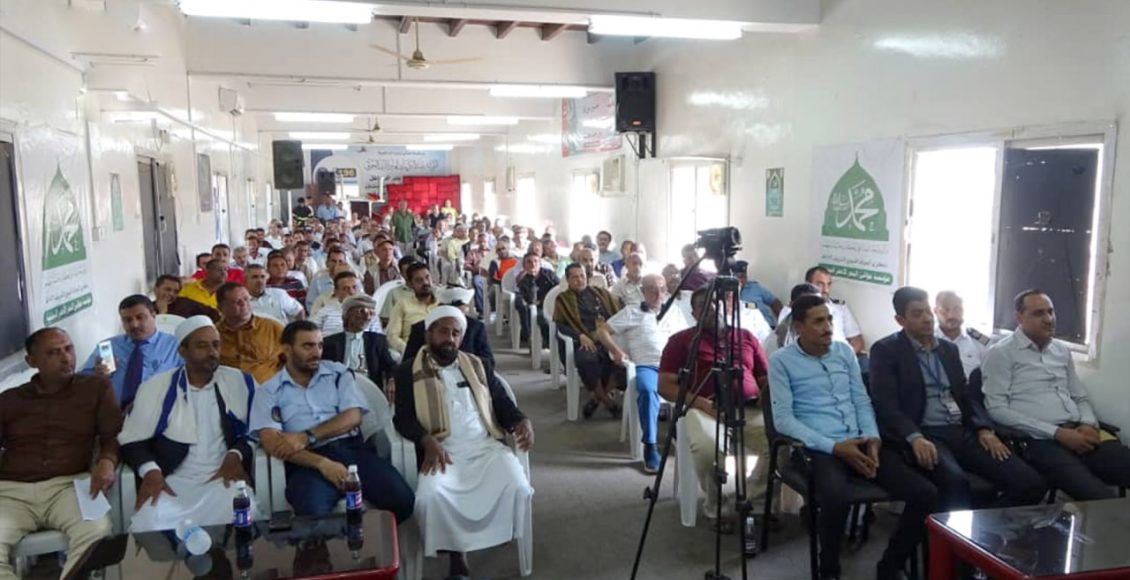 Many Yemenis organized a speech and cultural events on the martyr’s anniversary for the year 1444 AH.
In the events,the status of the martyrs was pointed with God, the prophets, and honest people.

They pointed out the importance of caring for the families of the martyrs and taking care of them in various fields.

While the words of the organizers of the event confirmed that the anniversary will remain an imprint in the conscience of Yemenis, through which they remember the martyrs’ giving and their shining heroism, which history will record in letters of light in its brightest pages.

They pointed out that despite the continuation of the American aggression and siege for eight years, the people of Yemen continue to give and sacrifice in defending the homeland.

The event, in the presence of officials and citizens, included chanting and poetic paragraphs expressing the occasion.

President Al-Mashat offers condolences on the death of the great poet of Yemen, Mr. Abdulaziz Al-Maqaleh

Yemenis don’t need loans from those who kill and besiege them, and loot their wealth: Al-Qahoum