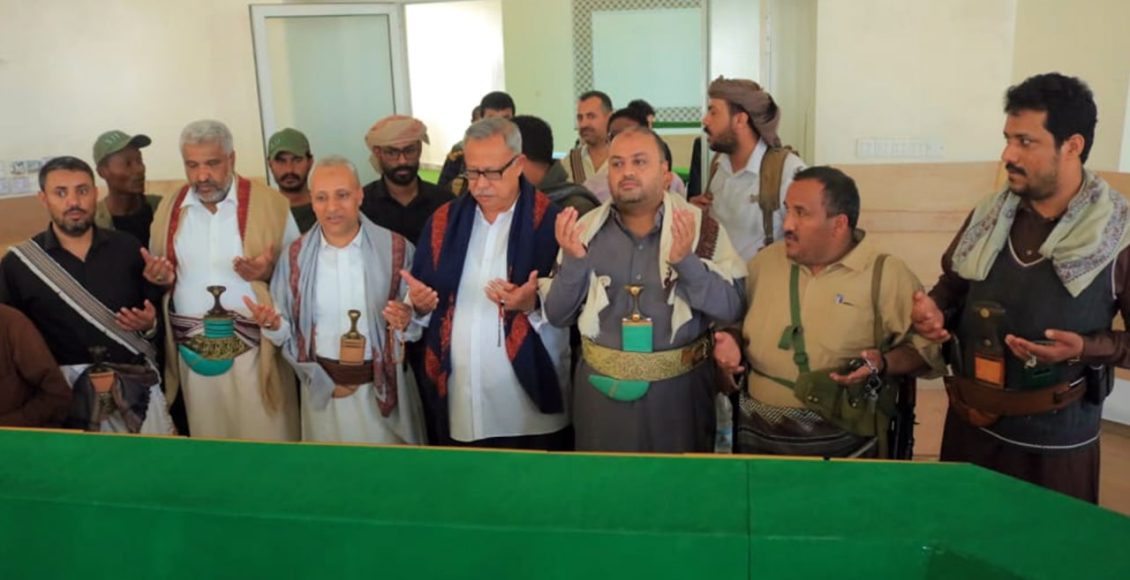 Prime Minister Abdulaziz bin Habtoor reviewed the preparations and equipment of the central photo exhibition of the martyrs in Hodeida city.

On the occasion of the anniversary of the martyr, bin Habtoor listened to an explanation from Director of the Moral Guidance Division in the Fifth Military Region Brig. Gen. Hilal al-Shami of the preparations for organizing the exhibition, which consists of three halls, which include all the pictures of the martyrs of the West Coast.

The Prime Minister stressed the importance of commemorating the anniversary of the martyr by organizing events and photo exhibitions that symbolize the heroism and sacrifices carried out by the martyrs in defending the homeland, its sovereignty and independence.

He praised the heroism and sacrifices of the martyrs in confronting the aggression and its mercenaries so as to achieve victory and establish security and stability throughout Yemen.

He also considered the victories that have been achieved for the homeland as one of the great sacrifices made by the heroes of the Armed Forces, along with them all the people of Yemen.

He referred to the assurances of the Leader of the Revolution that the martyrs who fell in defense of the homeland are among the most honorable and precious men at the national level and they deserve everyone to commemorate their memory and take care of their families.

During November, 49 civilians killed, injured by mines, cluster bombs lefted by the aggression