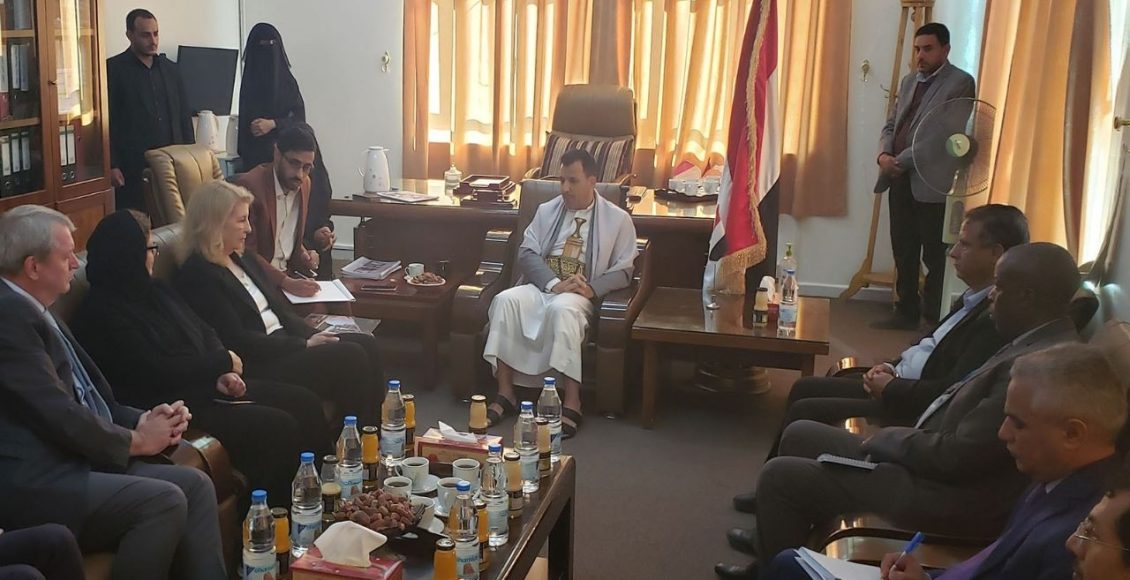 The Minister of Health during a meeting with the Executive Director of UNICEF: The aggression kills more than 8,000 children , women

The Minister of Public Health and Population, Dr. Taha Al-Mutawakel, met today in Sana’a with the Executive Director of the United Nations Children’s Fund (UNICEF), Catherine Russell, and her accompanying delegation.

During the meeting, Minister Al-Mutawakkil indicated the importance of the visit to see closely the scale of the humanitarian disaster in Yemen, especially what children and women are exposed to as a result of the continued aggression and siege.

He emphasized that women and children were directly targeted by the countries of aggression, which caused long-term psychological and physical suffering, indicating that the aggression killed more than eight thousand children and women over eight years